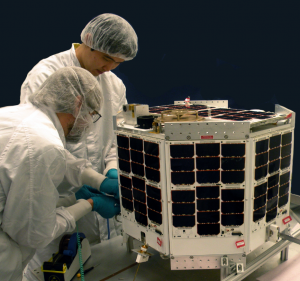 Under the LEONIDAS program, the HawaiiSat-1 mission was to demonstrate HSFL’s capability for satellite design, launch, and operation. This supported the Office of Responsive Space (ORS) office activities for the ORS-4 launch, as well as advanced science research objectives of the University of Hawaii.

The mission’s satellite, named ‘HiakaSat’, is a 55kg micro-satellite designed for remote sensing.  The satellite bus, as well as its primary payload (SUCHI) were designed in-house.

The Space Ultra Compact Hyperspectral Imager (SUCHI) payload is a DAPRA-funded, UH-developed, long wave infrared hyper-spectral imaging system.  The satellite includes two color cameras with both wide and narrow field of view lenses.  These three imagers are used together to provide remote sensing data across a wide range of wavelengths, and allow for co-registration and verification of data. 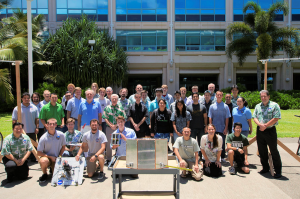 Incorporating the efforts from UH students as early as 2003, this mission is the evolution of the largest satellite workforce development effort that HSFL and the Hawaii Space Grant Consortium have jointly taken on. The underlying philosophy has been to “build the team to run the missions”. From the time this mission concept was launched in 2009, over 30 students and interns were directly involved in the design and fabrication of the spacecraft itself, as well as more than 20 additional UH students who worked on supporting projects to analyze and test spacecraft components.

Our students have since graduated, and moved on to either careers in industry and government, or have become an important part of our post-graduate workforce development programs. 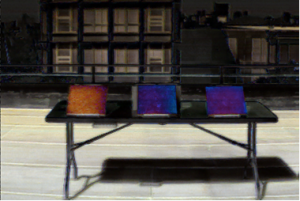 Developed by the Hawaii Institute of Geophysics and Planetology, SUCHI’s hyper-spectral imaging technology produces images like the one shown here. Each pixel from the SUCHI payload will contain over 250 data points to create a series of infrared intensities for wavelengths between 8.5 to 13 microns. Information from the intensity versus wavelength can be used to identify materials, and specific wavelengths can reveal what can’t be seen by the naked eye.

This important demonstration in space would validate this exciting new hyper-spectral imaging technology for future missions. 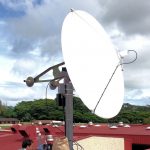 As part of the mission, we set out to upgrade our second HSFL amateur ground station to support a high data rate downlink, higher receive sensitivities, and high power emergency commanding capability for amateur frequency satellites. 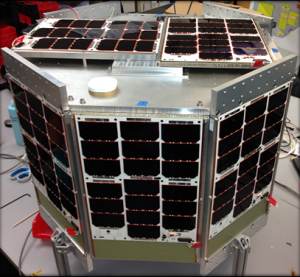 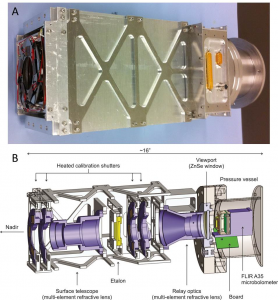 This instrument is first version of the new hyperspectral imaging technology that has been hardened and spacecraft integrated for autonomous operation. 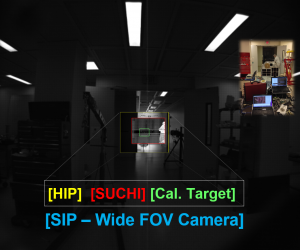 This is the first community college payload from the UH system.  The device was intended to provide additional IMU measurements for improving estimations for the main system’s attitude control system.  In addition, it had an integrated camera that could take snap shots and video, and store them to an internal SD card for later downlink.

The mission has since been concluded due to launch vehicle failure.

Despite the loss of the satellite, major objectives were accomplished in workforce development, and building infrastructure for satellite technology research and development. Facilities such as satellite test beds, environmental test facilities, and a tri-band satellite control station, remain operational. These accomplishments will continue to provide enhanced educational opportunities at UH, accelerate our flight projects, and enable on-going/future collaborative efforts.