Hiapo received frequency coordination from the IARU and is one document away from getting to submit all documents to the FCC step. We also started working on the ODAR parts list for Artemis.

Within the past week, the mechanical team discussed Helicoil inserts for the main aluminum frame and started working on two separate deployer systems, finalized selection for structure hardware such as screws, nuts, inserts, and rods. The team also set up the ADCS testbed as well as the air bearing system and motion camera, worked on satellite deployment design as well as looking into S-band and payload development for the antenna deployer. They also are assembling and printing out CAD models??? And set up the 3D printer and began printing the prototype of the antenna deployer

The team started working on agent radio and looked into how to operate with XDL Micro. Also worked on agent Raspberry Pi and read up on point-to-point protocol (PPP). Worked on implementing agent PyCubed. The Agent radio is mostly complete but still needs to make a couple of changes to use the XDL Micro. In addition, the team soldered the Gumstix Tobi board and also were able to get the Gumstix to connect to the desktop machine and run shell commands. New python modules have been installed and the software notebook has been updated to include Raspberry Pi. With an addition of an HDMI- A to C cable the Raspberry Pi successfully booted. The team worked on propagator simple and were able to make progress and receive values. Furthermore, the payload script is now functional and the python CubeSat library has been restructured and rewritten.

The team created a temperature profile for the boards using the soldering oven and started the 24-hour bake. For Hiapo, the board and BOM are completed! The EAGLE schematic and board design have been uploaded to the Hiapo drive and are ready for final inspection before being sent out for manufacturing. On another note, the Mouser shipment arrived for some of the PyCubed mainboard and battery board parts. They also took inventory and double-checked/updated the PyCubed BOM to match accordingly. Finally, The board layout design, as well as the EAGLE schematic and board, have all been updated and are uploaded to the radio folder in the Hiapo drive. 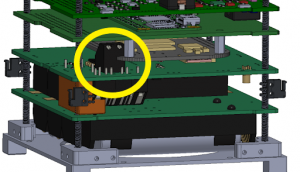 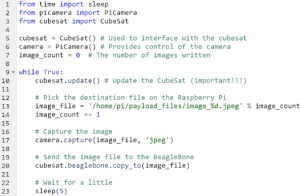 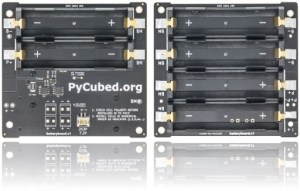 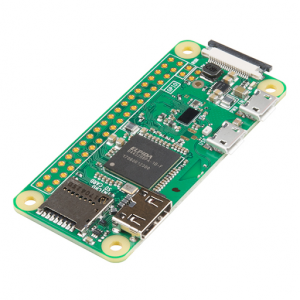 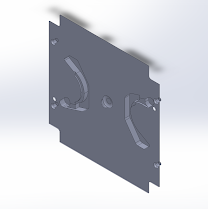 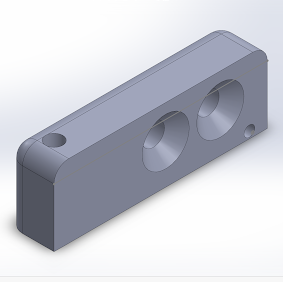 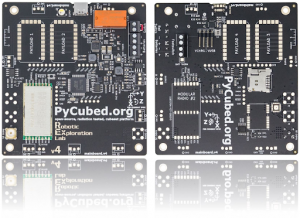 The software team changed the message preamble, restructured the BeagleBone.py module, and added code for cycling power to BeagleBone until the start-up flag is received. They also started working on implementing new PyCubed Protocol onto BeagleBone 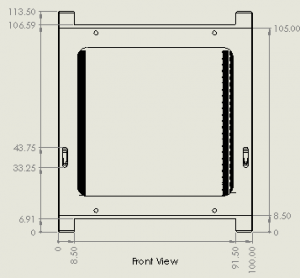 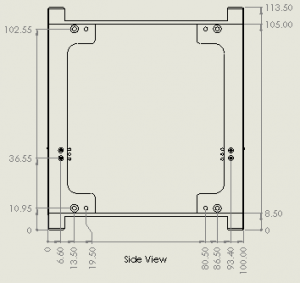 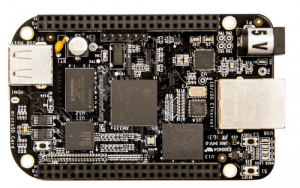 The mechanical team discusses structure considerations to modify the design to account for ISIS compatibility and deployment system. They also documented quotes from CubeSat vendors, reviewed ISIS structure and compared it to the current structure, worked on a mass budget, and worked on a document for expected heat loads. Furthermore, they transferred Solidworks models to Onshape.

The avionics team updated the OBC Eagle file by cleaning paths/traces and added grounds to all external connectors. The BOM for the PyCubed board and the BOM for the battery and PyCubed main have both been updated and finished. 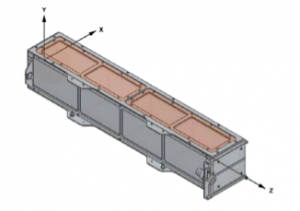 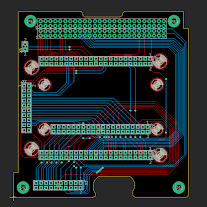 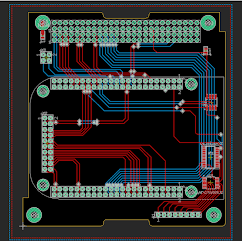 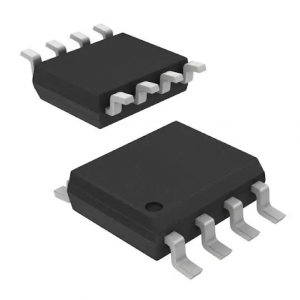 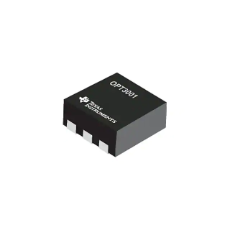 The mechanical team ran an FEA on the updated model and updated the thermal model to the drive. The SolidWorks model has been improved and updated the OBS to include the BBB which was mounted upside down and caused issues with the ethernet ports and connections. To combat this issue, we made cuts on the PCB to account for the ports. We are also working on including an antenna deployment system. Also, the team started 3D printing out the PC104 Boards and drafting out major components. They successfully placed the model under a 1200 N axial load and received new values for the factor of safety and von mises stress.

The software team made modifications to the software systems diagram as well as embedded a Python interpreter using pybind11 and was able to get Python scripts to run.

The avionics team started working on the Eagle schematic and successfully mounted the Raspberry Pi and BBB.

New faculty member, Dr. Frances Zhu, recently applied for and won one of six NASA Artemis Student Challenge Awards. She is the PI on this exciting new project to create a foundation enabler 1U CubeSat for $5000 or less per unit with an online lab course. This will help undergraduate programs interested in starting an aerospace track to do so. The goal of the kit is not solely for space flight, it can be used as a tabletop sensor suite, avionics for a sounding rocket, the payload balloon or suborbital mission, a sensor pack for a rover, and more. The team responsible for designing, fabricating, and testing the kit will include HSFL Facu lty, Staff, and undergraduate students. The project kickoff was held on May 18.

For more information on the Artemis Student Challenge, follow this link: https://www.nasa.gov/press-release/nasa-funds-artemis-student-challenges-to-inspire-space-exploration

Amid the Coronavirus pandemic, HSFL continues to work both remotely and on-site while following social distancing protocols. Integration of HSFL’s Neutron-1 3U Cubesat continues in the cleanroom, as featured in this UH News article: https://www.hawaii.edu/news/2020/04/07/satellite-research-clean-room

HSFL will be participating in the 2019 Ellison Onizuka Day of Exploration on Saturday, April 27 at the Neal S. Blaisdell Exhibition Hall from 9:00 am to 3:00 pm. Our booth with the Hawaii Space Grant Consortium will feature a satellite star tracker activity, a number of our 3D printed models, and a thermal photo booth inspired by the Spectral Technology Group at HIGP. Members of our staff and some of our students will be present to discuss the science and engineering behind our exhibit.

This event is organized by the Aloha Council of the Boy Scouts of America and last year attracted over 10,000 attendees. For more information, visit the event website here. 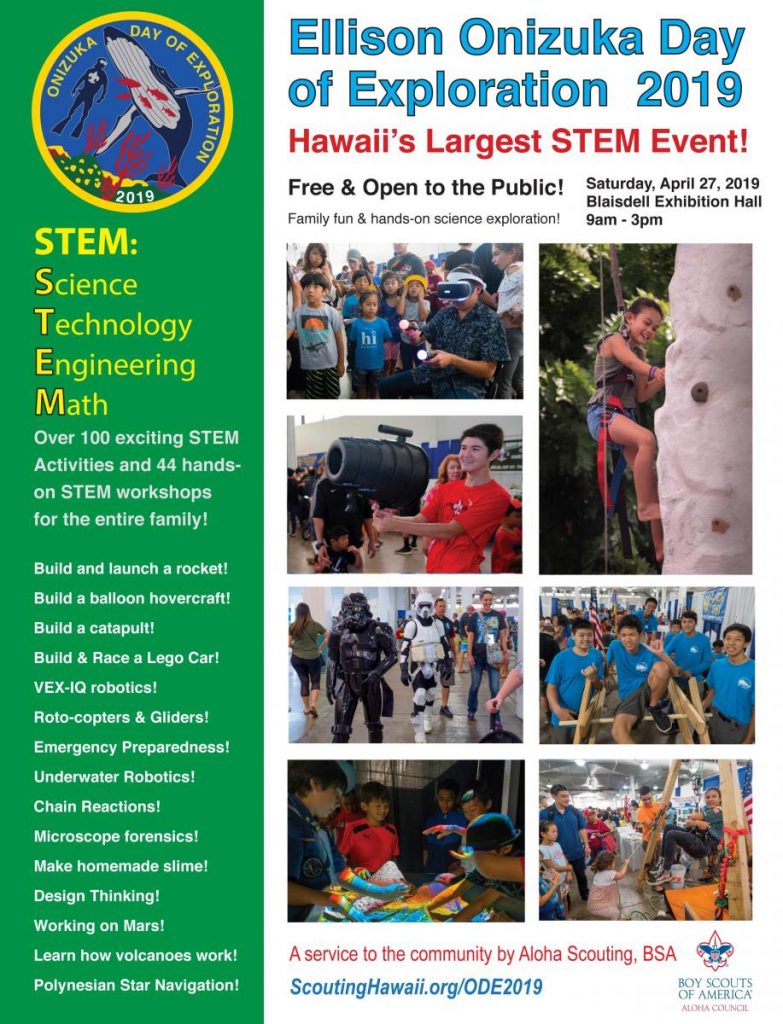 Thank you to all who visited the Hawaii Space Grant Consortium / HSFL booth at the 2019 Institute for Astronomy Open House. Over 1,400 visitors attended the event and it looked like everyone had a good time! 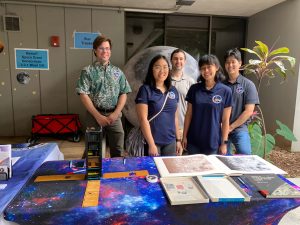 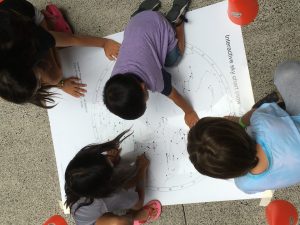 It was announced yesterday that HyTI is among the selections in the latest round of NASA’s CubeSat Launch Initiative program. HyTI is a collaboration between the University of Hawaii/HSFL, JPL, Saraniasat Inc., and others to design, build, test and fly a 6U CubeSat in low Earth orbit. Among the technologies to be demonstrated include a hyperspectral imager being developed by HSFL and the Hawaii Institute of Geophysics and Planetology, and high performance on-board computing. The HyTI proposal was awarded and officially started last year.

Members of HSFL’s management and engineering staff will be at the 2018 Small Satellite Conference in Utah. Come see us in the University Exhibit at table U17 or at the Pre-Conference Workshop.