HSFL representatives will be attending the NASA Historically Black Colleges and Universities/Minority Serving Institutions (HBCUs/MSIs) Technology Infusion Road Tour being hosted by NASA’s Office of Small Business Programs (OSBP), in collaboration with the Space Technology Mission Directorate (STMD) and the Office of Education (OE) at the University of Nevada Las Vegas. The event runs from January 10-12. More information may be found here.

Dr. Luke Flynn, Director of HSFL, has b 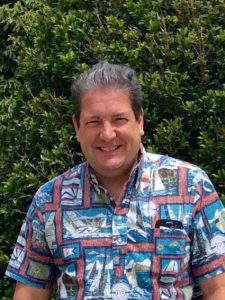 een announced as the recipient of the 2016 UH Mānoa Chancellor’s Award for Outstanding Service. Dr. Flynn will be honored at an awards ceremony to be held on Monday, May 2 at 4:00 p.m. in the Kennedy Theatre auditorium. Additional details are available via the UHM announcement. A live broadcast will be available here. 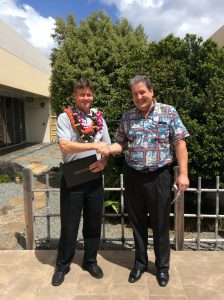 In an awards ceremony today, Mr. Timothy Williams was named the RCUH 2015 Outstanding Employee of the Year. Williams was nominated and awarded for his work overseeing and executing the design, installation, qualification and operation of the world’s largest rail launcher system, which was used for the ORS-4 launch on November 3, 2015. The launcher weighs approximately 210,000 lbs with a length of over 135 ft. It was installed at the Pacific Missile Range Facility on the island of Kauai in over 400 cubic yards of concrete and 20 tons of rebar. Williams has worked with HSFL from 2007 and has been employed through RCUH for over 20 years. 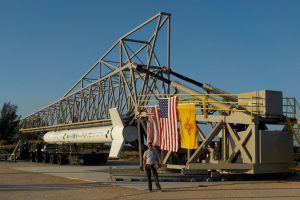