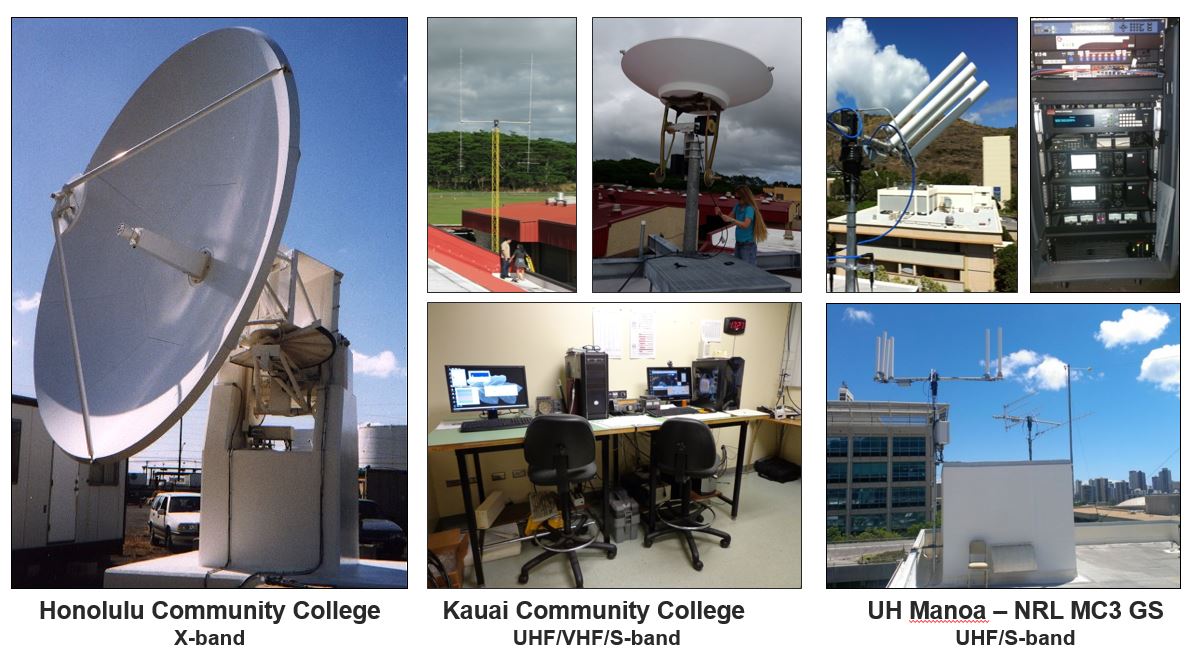 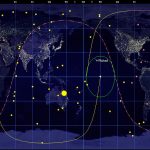 The ground station is fully operational, and is being used for training and practice satellite passes.  Kauai Community College serves as our primary site for training satellite operators, and is our primary operational ground station.  In 2014, we deployed our first L/S-band antenna, a 2.4m reflector.  The antenna is currently configured for reception of telemetry between 2.0-2.5GHz, and can be expanded to work across 1.5-2.5GHz.. Infrastructure has been set up to to allow for quick modifications to allow for L/S-band uplinks through this antenna. In addition, the new L/S-band telemetry/telecommand system will allow for direct implementation of IP packet exchanges with satellites, as well as allowing for standard clock/data interfaces for legacy/proprietary flexibility. 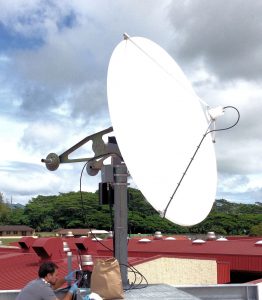 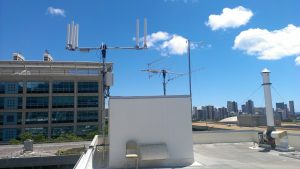 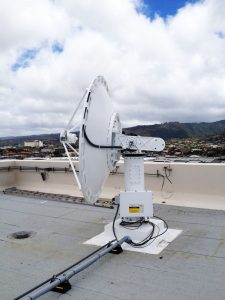